So after my time in SE Asia I landed slap bang back in the western world in Singapore. Now I had originally only planned on visiting here as I was flying through and thought why not check it out. I was also originally only supposed to be staying in a hostel however due to a slightly tenuous family link (My grandparents, friends friends daughter) in Singapore I’ve been lucky enough to stay with the Clarke’s. By lucky enough, I’ve been extremely lucky, their house is beautiful and I’ve been treated to all sorts of delicious food, drinks and also full use of their pool! They also have three dogs and two labs so I felt right at home. 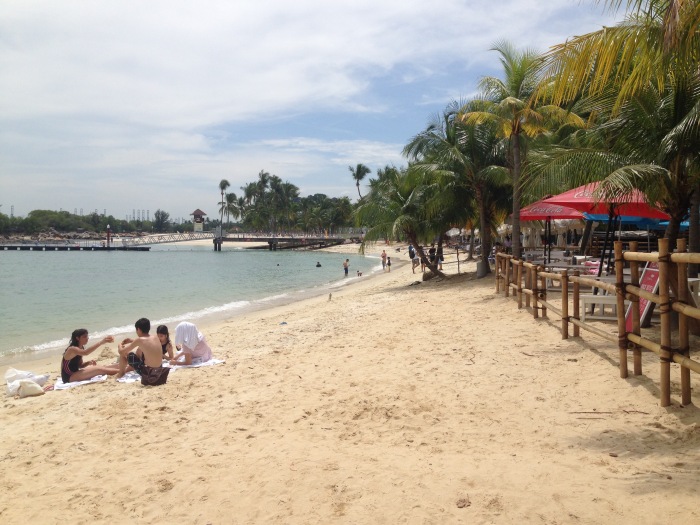 After seeking some advice on what to do and where to go I set out on my first full day to visit Sentosa Island, historically this is where the British set up their defenses against the Japanese just before the Second World War. But in modern times it’s where most of the tourist attractions are, eg universal studios & the aquarium etc.’So after being slightly clueless on how to actually get to the island, I spotted a gondola and thought that looks fun. In the queue there were lots of weird and wonderful options of different tickets and packages so I ended up getting a day tour around some highlights of the island, including the gondola pass and the aquarium amongst other things. It turned out I was actually the only one on my tour so had a extremely friendly Singaporian guide to myself all afternoon. I travelled all around the sights by gondola and had a go on the luge, a 4D log ride, visited the sky tower and Fort Siliso museum, checked out some of the beaches on the island, and then finished at the aquarium. 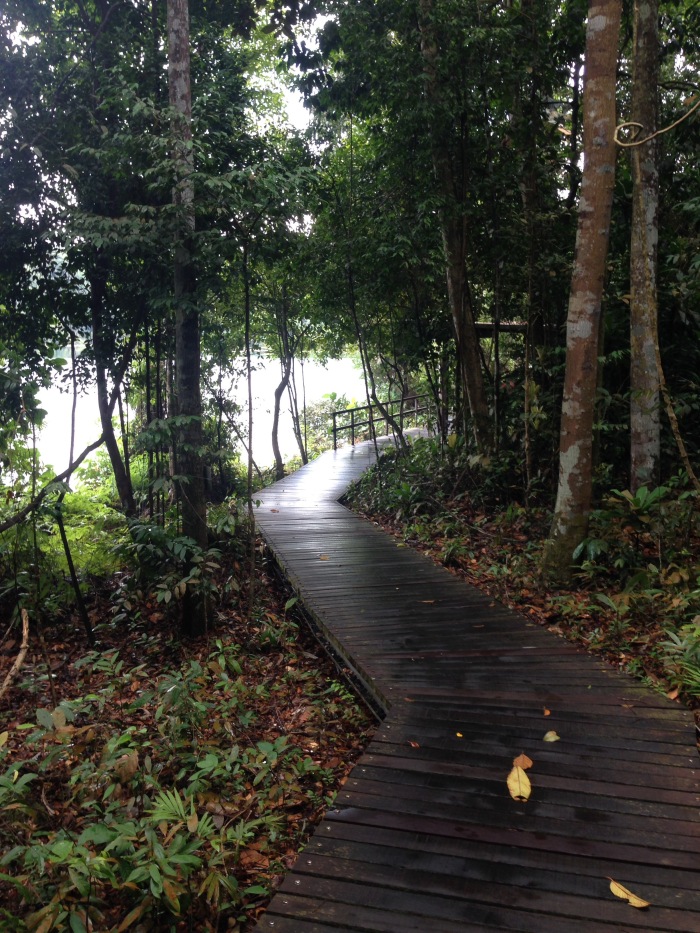 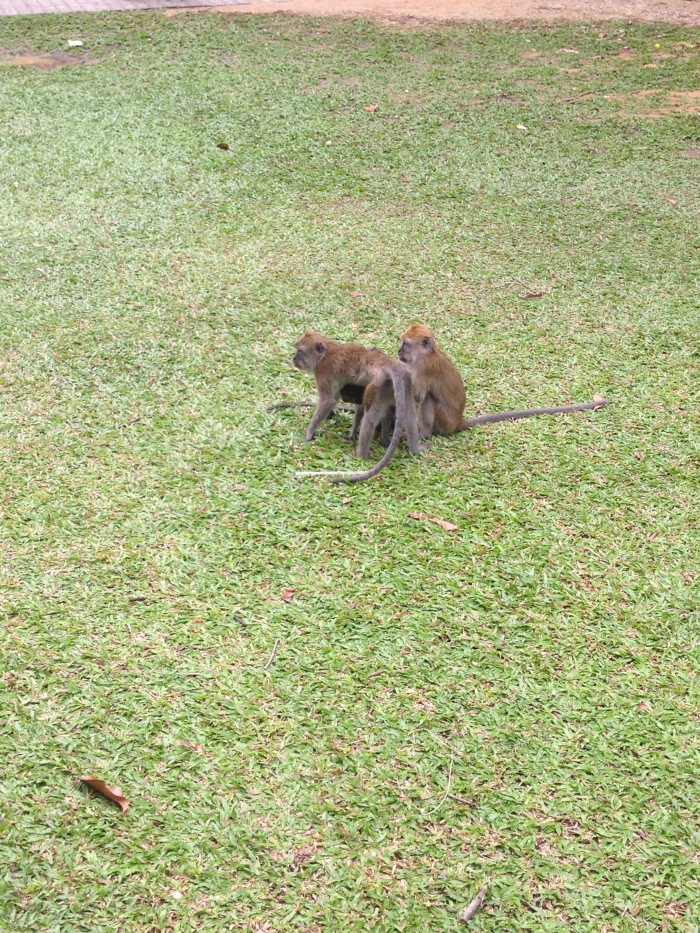 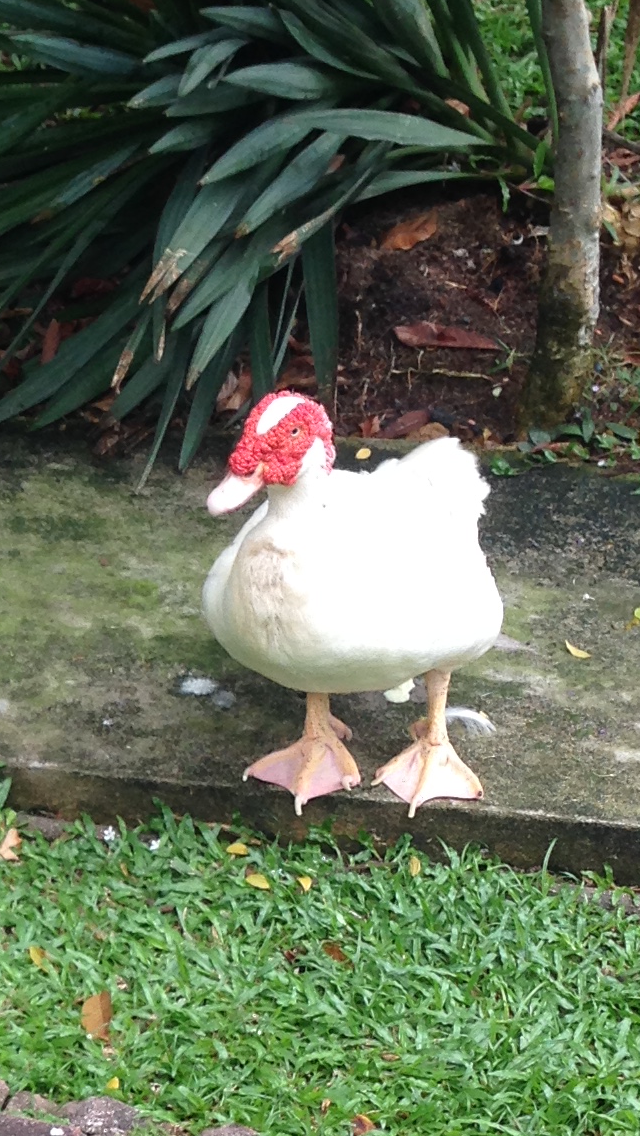 The next day was very relaxing, I explored a little bit of the local area but mainly chilled out by the pool, watched NZ smash the Aussies (poor Aussies) and then had a lovely roast dinner. The day after was to be jam packed with exploring the city and some of the must sees. I started off heading over to the MacRitchie nature trail, which is a path around a reservoir just north of downtown. This ended up being great as not only is the lake pretty picturesque in itself but I saw turtles, monkeys, some slightly ugly ducks, and all sorts of interesting plants. I actually firstly only briefly saw some monkeys in the trees which I was pretty happy with, then just as I was about to leave saw a load of them playing around in the grass so was pretty lucky! I then headed around the city stopping by Little India, Chinatown and finally Marina Bay which was definitely the highlight, I’ll let the pictures do the talking. 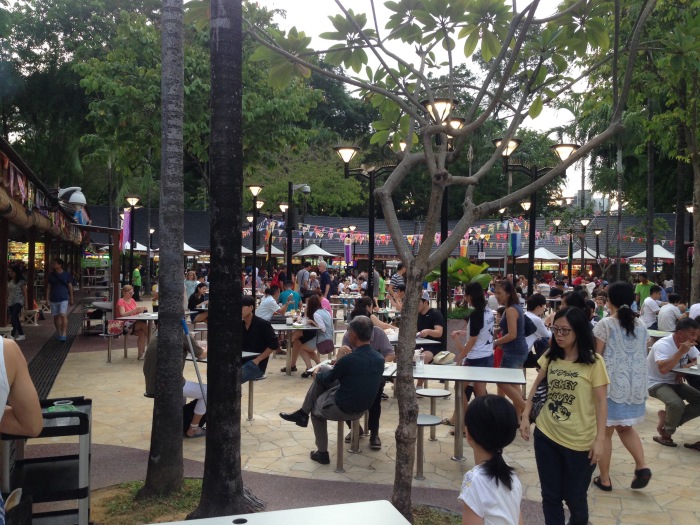 After some further exploring a few places in the local area and also a great meal in the evening in one of the small food villages with the Clarke’s and a couple of their friends, the following evening I went to the night safari. Although not the easiest to get to via public transport it was definitely worth it once I was there. They had fire breathers and a fire show whilst you were waiting and essentially you got to sit on your backside and be driven around seeing all the animals at night, including lions, hippos, elephants etc. The only slight downside was it was extremely busy and full of a lot of tourists, some of whom didn’t understand queuing… Other than that though it was a great experience and really informative. Fun fact of the day was that Singapore comes from ‘singa’ and ‘pora’ which means tiger city, as a man who discovered the island claimed he saw a tiger (although tigers aren’t found here).

The rest of my time I’ve spent doing a mixture of relaxing, throwing a tennis ball for a very enthusiastic labrador (as you can see above) and wandering around so it’s been some nice rest-bite after a jammed packed month in SE Asia. I’ve once again been so lucky with where I’ve been able to stay and being spoilt rotten. Also I’ve been pleasantly surprised by Singapore, there is a big expat community here and a really interesting history to the place. It’s also one of the safest lowest crime countries in the world which is always a positive! So next I’m flying off to Sydney for a week in Australia, staying right in the centre of the city. As of today I have no idea what I’ll be doing or seeing but let’s see what’s in store…